A day after learning CPR in medical skills class, a Lakewood junior has a chance to use her newfound knowledge. 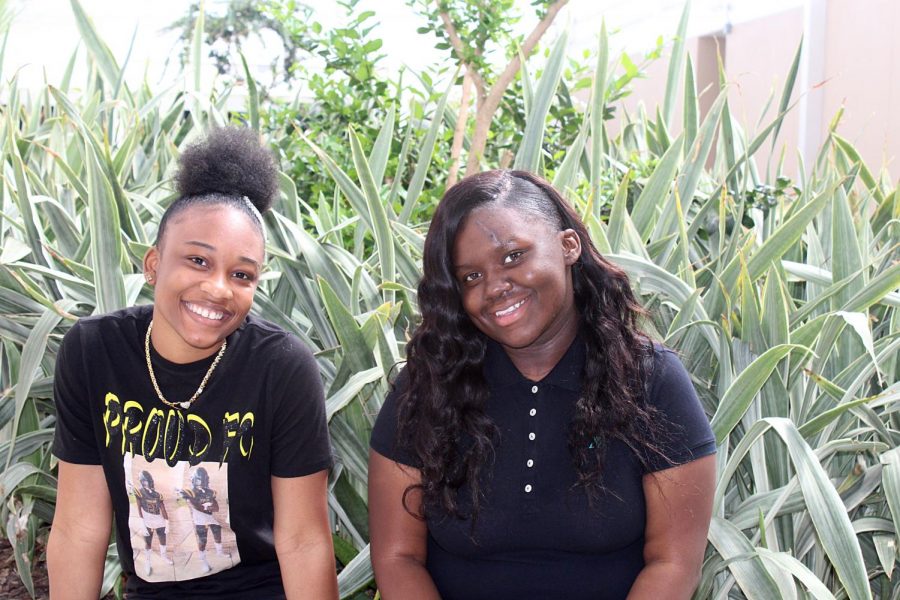 Juniors Tori'el Norwood and Azarria Simmons smile in the school courtyard during spring time. They are happy to have each other after a accident that could've took one from another. "She will do anything for me she's my other half," Said Azarria Simmons. "She's more loyal than any other friend I have," Tori'el Norwood.

How would a normal high schooler react if they got in a car accident? Would they run out immediately, would they panic and stay in the car, or would they even move? These are questions that many kids ask themselves, and many would say they would be able to save their friend, but there is one student attending Lakewood High School who put this into practice: junior Torri ’ell Norwood.

On Feb. 20, Norwood and her friends were driving home from hanging out near the Wildwood Recreation Center. Norwood was behind the wheel when a car screeching down the road hit the side of her car. At first, all the kids were frozen in disbelief at what had just occurred. As reality came rushing back, the high schoolers hurried out of the car as they heard the passengers in the other car telling them that the car was smoking.

The group of teenagers sprinted away from the car, but then Norwood turned around and saw that her best friend, Azaria Simmons, was not with them. She immediately turned around to get her friend out of the car.

As Norwood dragged Simmons out of the car, she instantly and unconsciously took control of the situation. She told everyone to stand back, and after 911 was dialed, she began doing CPR.

“If God wasn’t with me, I wouldn’t be able to do what I did,” Norwood said.

Simmons was taken to the hospital and eventually woke up.

“I don’t remember anything, just waking up in the hospital,” Simmons said.

Flashback a few weeks to the beginning of February when the class first started learning CPR. Erika Miller, Norwood’s teacher, was astonished at how rapidly one of her students had to put the lesson to use.

“I never imagined a student having to apply what they learned like this so quickly,” Miller said.

Miller also said that Norwood stood out in every way possible during every lesson. These lessons in the first few weeks of February turned out to be crucially timed. Norwood had just taken the CPR certification test the day before the accident. The fact that it was timed perfectly was critical to saving Simmons’ life.

As the process went on though, Norwood couldn’t stop thinking about Simmons.

“I couldn’t be OK until Azaria was OK,” Norwood said.

“I have not had any student have to perform CPR right after learning it,” Miller said.

Norwood and Simmons now have a unique bond that cannot be broken, and they know it.

“Our friendship was already strong, but now its deeper,” Simmons said.

With her actions, Norwood has gone down in the Lakewood history books.

“I would have done it no matter what,” Norwood said.