A lifelike game with infinite possibilities

" It provides anescape from real-life struggles by engaging in a relaxing session of doing really whatever you want to. ” 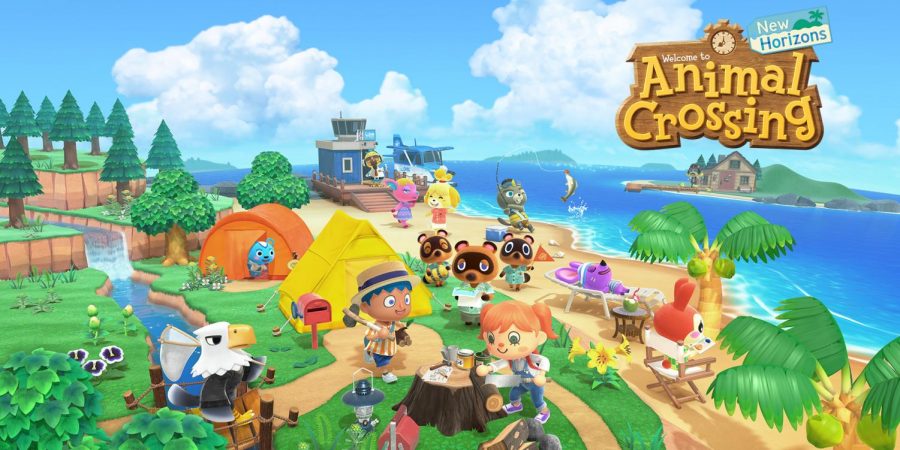 Animal Crossing has been a fan favorite since it was released on GameCube in 2001, and in March the newest integration of the series, titled Animal Crossing New Horizons (ACNH), was released on Nintendo Switch. The game’s release date landed during the coronavirus shutdown and took off like wildfire, as people were staying indoors. Upon release, ACNH and its platform, the Nintendo Switch, sold out due to the sheer popularity.

ACNH is still the lovable laid-back game that it has been. The name kept some fan favorite features and has also added things such as new events, new mechanics and new ways to spend your time in game. This game is a collectible marathon and the possibilities range from growing a rare hybrid flower to catching a whale shark and adding it to your personal museum.

What is so special about this game? It provides an escape from real life struggles by engaging in a relaxing session of doing really whatever you want to. Animal Crossing is all the things you don’t have time to do in real life made into one big binge-fest. Many in-game activities loosely simulate real life activities, such as fishing, tending a garden, diving for sea creatures, crafting furniture and designing your own house.

In the beginning, the game is slow. The player receives a Nook phone and goes through a tutorial. After completing a set of milestones, such as setting up your own store and buying a home, you can do things such as terraform your land and make your island have a rating of five stars. You can do various things, such as crafting objects, planting fruit, finding unique recipes for objects, fulfilling odd jobs for your villager friends and planting money trees.

Once you start the game the only thing holding you back is time. Many activities in the game are time-based, including catching seasonal fish and bugs that only appear during certain seasons. You can either sell these creatures, use them for decoration, or if it is your first time encountering them you can add them to your museum of creatures where you can see every creature you’ve caught as well as interesting real life facts about what they do.

There is an in-game currency known as bells which players earn by doing obtaining materials and resources from their island and selling them at the island store, Nook’s Cranny. The players can spend their bells to build bridges on their island for convenience or invest in a larger home.

The in-game currency known as bells can be earned by selling items at the island store. Players can spend their bells to build bridges on their island for convenience or invest in a larger home. This game was rated 9/10 by a rating website known as IGN and was given the editor’s choice award, I would rate this game an 8/10 as I usually like more competitive games but I definitely played this game to its fullest and ended up clocking in 82 hours in a game which I wasn’t sure I’d be interested in initially. This game is great overall, and it is still being played by many to this day with replay-ability being one of the highest selling points with a price tag of $60.

I would recommend this game if you already have a Nintendo switch and are looking for a relaxing yet fun way to spend some time.