While the changes in the movie are culturally truthful, the filmakers face political backlash. 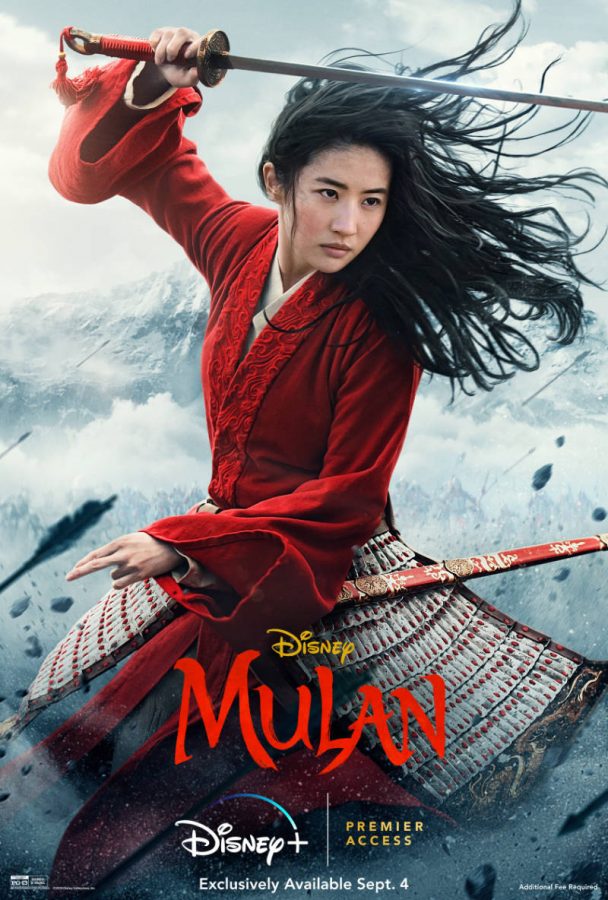 After months of waiting, Disney’s Mulan remake is out, and it isn’t off to a good start. Airing on Sept. 4, the film was met with serious backlash after its first few days on screen.

First, viewers noticed that in the ending credits, government officials in Xinjiang, China, had been thanked for letting the crew film in the area. The issue here is that currently in that region, Uighur Muslims, an oppressed minority, are being held against their will in mass internment camps which have been deemed by the U.S. government as a major human rights violation.

In the Mulan remake, one of the key things the producers wanted to do was make the movie as culturally truthful as they could. To do this, they predominantly filmed in China, chose Chinese actors and styled both the sets and clothing after what was appropriate for that time. While these are all respectable choices, by thanking the local government, and continuing to film in Xinjiang, the producers of the movie condoned these crimes by turning a blind eye, and effectively contradicted the key themes of the movie about respect and honor.

Also angering viewer is the fact that the lead actress in the film, Liu Yifei, openly tweeted her support for the Hong Kong police.

“I support the Hong Kong police,” she wrote. “You all can beat me up now.”

Her comment angered many people in Beijing, as well as in America, who started calling for a boycott of the movie.

These two key facts about the movie, in combination with several key plot changes made to the original story, are only the beginning of fans’ frustrations with the film.

The loss of love interest Li Shang, along with other cast changes, and the lack of the original songs, were other reasons for outrage.

As someone who loves the original animated film, it saddens me to see the movie in such shambles. But as many of the Disney live-action remakes have flopped, it’s no surprise. Maybe Disney will stop trying to profit off old ideas and nostalgic feelings.

Aside from the political controversy, it’s disappointing to see such a wonderful film be made in such a lackluster way. The movie can only be seen on Disney+, which currently has an extra $30 price tag for the film. The fact that it was not released in theaters has kept Mulan from American audiences, and although it was recently released in theaters in China, the movie has failed to reach Disney’s box office expectations.

It made a mere $8-million on opening day, compared to 2019 The Lion King, which made $13 million on its first day in China.

Even though I didn’t anticipate the live- action version of Mulan to be the same as the 1998 animation, I was looking forward to this movie’s release, and the spectacular story of a woman who defies all expectations. But when the news broke about the company’s choice of set location, the lead actress’ controversial tweet, and the key differences from the original movie, it just seemed like another failed piece of Disney’s live-action remake puzzle.