Check in with former assistant principal

Leaving Lakewood was hard for Susan Alvaro, but she said she loves her new job at Azalea Middle School. 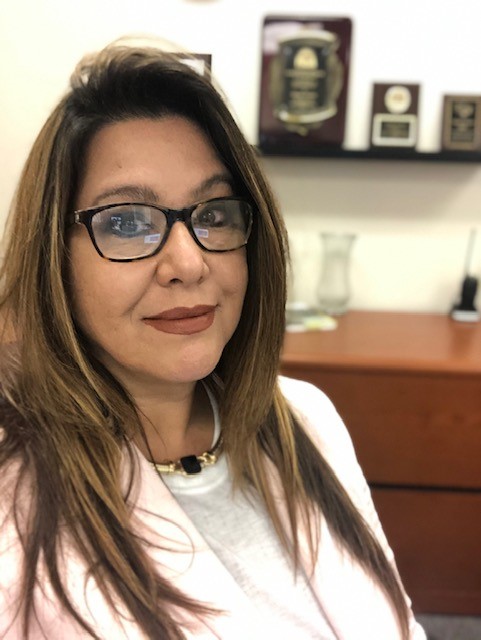 Former Lakewood High School assistant principal Susan Alvaro poses in an her office at Azaela Middle School where she is now the principal.

Former Lakewood High School assistant principal Susan Alvaro was promoted in June 2020 to be a principal at Azalea Middle School.

Alvaro was at Lakewood for about nine years, starting in April of 2011. It was a hard decision to leave, disheartening even, but one that has shown to be very positive – even in its hardships, she said.

“Lakewood has been home for many years, and I left a part of my heart there when I exited the admin office for the very last time,” Alvaro said.

Other members of the staff and students have expressed how much they miss the former AP, including principal Erin Savage who came to be close friends with Alvaro. When Savage first came to Lakewood in 2015, she said Alvaro was already a sort of “senior” administrator. She was incredibly helpful in finding information on students, helping with curriculum, scheduling and senior graduation.

“My emotions about Ms. Alvaro leaving are bittersweet. They needed a strong leader and she was due for her promotion. I wish her the best,” Savage said.

Alvaro said she has taken her new job in stride, explaining how she loves her new position. As the new principal she attends lots of meetings, works with staff on curriculum, makes opportunities for her students and helps revise policies. What makes this position special, though, is the people she works with, she said.

She said Azalea is like a “little sister school.” The places are similar yet distinct nonetheless – something that makes her love the schools even more. This position has been her dream for a few years now, and she’s finally getting to live it to the fullest.

Assistant principal Laura Mudd is another close friend to Alvaro.

“I miss her a lot, but I know she deserves the new job. Alvaro did a lot for Lakewood and mentored me … as an AP,” Mudd said.

The students miss her too, including junior Damyka Dalrymple. She said Alvaro was the easiest person to go to and she misses her personality.

“It’s not … the same, because I used to go to her about anything and I’m comfortable around her more than any other administrator,” Dalrymple said.