At the banquet two students were awarded scholarships, and next year’s SNN editor team was announced. 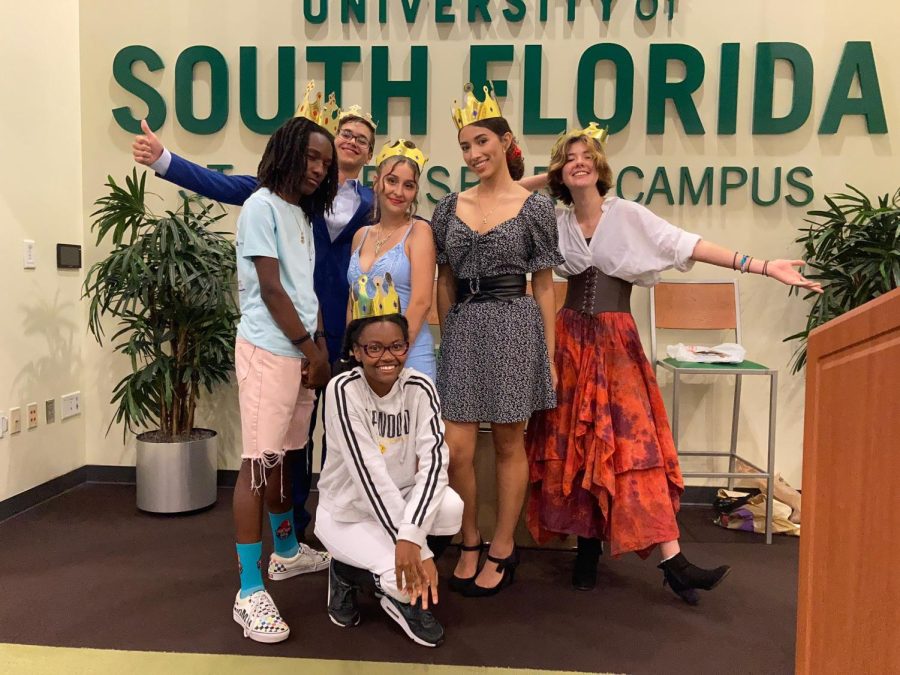 Teachers, students and family gathered at the University of South Florida to celebrate the annual Center for Journalism and Multimedia banquet on May 2. While the ceremony is usually every year, this was the first time since the COVID-19 pandemic that it has been at a venue, and family was invited to attend.

“I liked having the banquet in person because I got to see everyone’s beautiful faces up there receiving their awards, and Ms. Tobin and Ms. Shiver weren’t over a computer screen,” senior Emma Collins said.

“I was so excited to get (an award), seeing as it was my first,” junior Bella Croteau said.

Senior Maya Rish, SNN editor-in-chief, and senior Ethan Chaparro were awarded the $500 Peggy Peterman Book Scholarship, and Rish also won the Cynda Mort Scholarship for $2,000. Both scholarships are named after local journalists who had a significant impact upon the community.  The Cynda Mort Scholarship was named after the founder of the Journey’s in Journalism program, which spans across Lakewood High, John Hopkins Middle and Melrose Elementary. The check was presented to the students by the husband of Cynda Mort, Kevin Mort. The Peggy Peterman award was presented by her sons, Frank and John Peterman.

“I felt honored to be gifted this scholarship, because I feel as if I’m a continuation of Peggy Peterman’s legacy,” Chaparro said.

This year for the first time, students, teachers and family from John Hopkins Middle and Melrose Elementary School were also in attendance. They also received FSPA awards, and presented some of their best work from the year.

The evening concluded with the announcement of next year’s CJAM editors.