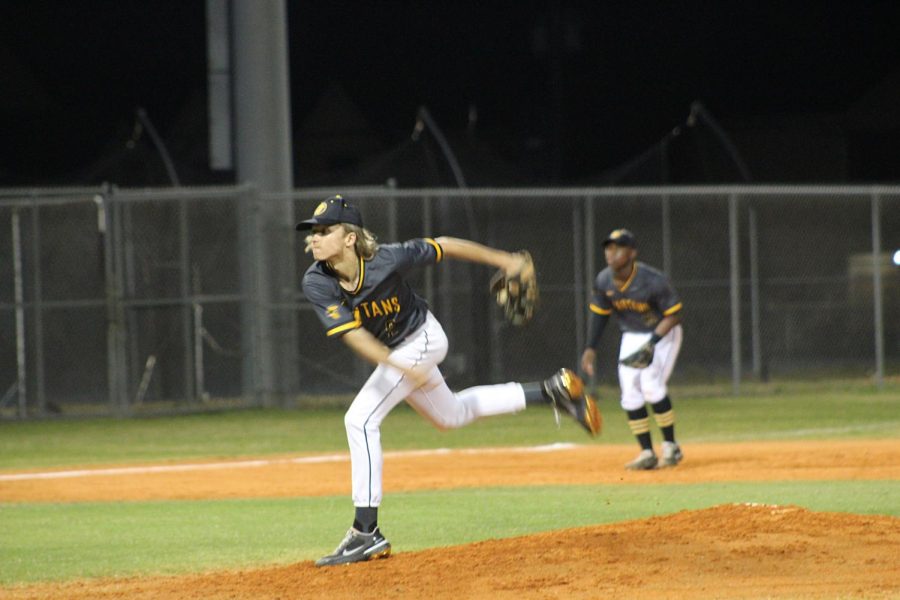 It’s that time of the year again for baseball, and unlike last year, the Spartans are fielding a varsity team as well as a junior varsity team.

“This will be our first year running a full JV squad so at least our younger guys will get their playing time so they can develop,” said baseball coach Jayce Ganchou, who has led the team now for 11 years.

Ganchou said he likes the way the team is progressing. The season officially started on Feb. 22, and so far they are 2-4. Currently on the team there are two seniors, two juniors, six sophomores, and 10 freshmen.

Ganchou’s goal is to develop his younger players to tackle varsity baseball next year. He said he plans on getting them built up, confident and strong enough to handle the season and the older players.

“I got a pretty good system that’s set in place to get my guys ready,” he said.

Ganchou said his strengths on the team are sophomore Atticus Huffstutler, catcher; junior Ryan Morrow, shortstop and pitcher; senior Jackson Fagan, big game pitcher; and senior Brandon Stephens, center fielder. Ganchou said he expects Fagan and Stephens to be the leaders on the team since they’re the senior standouts.

Fagan has been playing baseball for 10 years.

“It’s my favorite sport. I was naturally good at it, and I have improved since then,” Fagan said.

He wants to have fun. His favorite thing about baseball is being with his teammates.

“I’m looking forward to (the season). It’s my last season of the year so I’m just trying to have fun I guess,” Fagan said.

Stephens said his favorite part of the game is hitting.

“The sound of the bat and the way it comes off, I just like it,’ he said.

Huffstutler said that he thinks the team’s strengths will be defense and pitching.

Ganchou said that to keep up in the tight games against their experienced opponents, they need to minimize mistakes.

“There’s not a whole lot of cream puff games on the schedule so every game is a tough match off,” Ganchou said. “We’re really young, but I like the way we’ve been progressing through the fall and up to now.”