After four years of blood, sweat and tears, the young men find success. 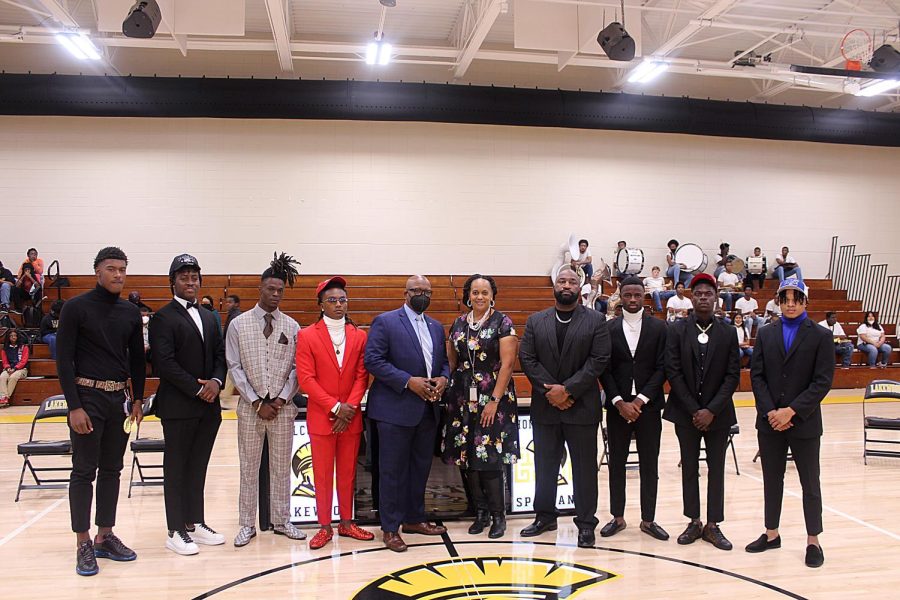 From left, Amari Niblack, Pharee Reed, TJ Adams, Camari Berry, St. Petersburg Mayor Ken Welch, principal Erin Savage, head football coach Cory Moore, Terrell Crosby, Jaden Shorter and Ramon Davis gather in the gym for a photo on Wednesday. All seven athletes have signed to play college football. "It’s a blessing and tears of joy, because not many ... get a opportunity like this, and this is my meal ticket to be in a better position in life. It’s a blessing and I continue to pray to the man above," Berry said.

The Spartan marching band played at the start of the event, booming with school spirit. It was a happy day for everyone, but especially for Spartan athlete Ramon Davis, who overcame a major injury he suffered in September to sign with Trinity International University in Deerfield, Ill.

“It was a major comeback as it was hard. … So, I had to stay focused mentally and physically. (Head athletic trainer Erika) Miller and the staff helped me throughout the whole process, as well as my mom,” Davis said.

Davis played safety for the Spartans and was injured on Sept. 3, 2021, during a game against Palmetto High School when his teammate accidentally hit his leg. He broke his fibula and tibia in the fourth quarter six minutes before the end of the game. He had to have surgery and spent weeks in physical therapy.

“As far as his rehabilitation, he transformed from a young boy to a young man. I have never been more proud of him,” mother Tiffany Davis said at the signing.

Head football coach Cory Moore said he was excited to see the young men move on to the next level in their lives. Though this was a big group of student athletes to sign, he has had more in one year in the past.

“I am still proud of each and every one of them,” he said.

Mayor Ken Welch, who graduated from Lakewood 41 years ago in 1981, made a special appearance.

“We’re counting on y’all and we’re so proud of you,” Welch told the athletes. “Go out and do great things. God bless you.”