Lovejoy’s newest EP Pebble Brain is unlike anything else

New punk-indie band Lovejoy released their second EP October 13 and it is well-worth the listen. 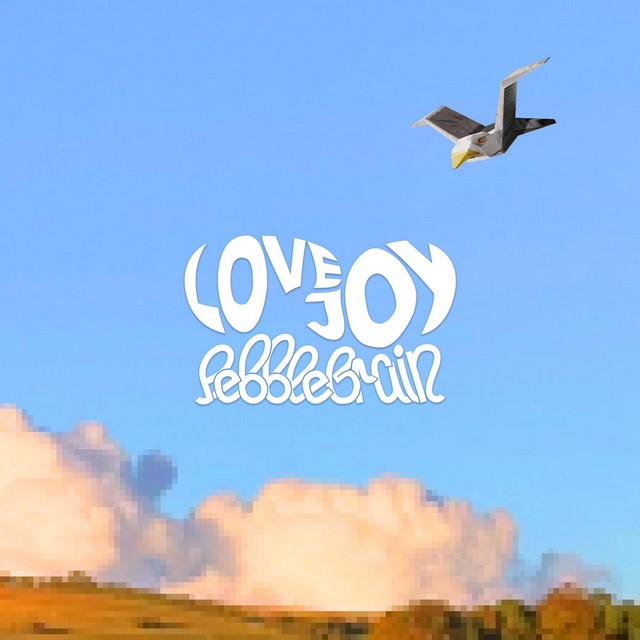 England-based music sensation Lovejoy recently dropped its second EP and it’s unlike anything they’ve produced before – it has pop, indie, punk-rock, group vocals and everything in between. These seven songs are full of an energy that’s so different it’s invigorating. The 20-minute album Pebble Brain will scramble your mind in the best way possible.

Starting in May of 2021, the indie punk-rock band Lovejoy premiered with the four-song EP Are You Alright?, which now has a collective 32-million views on YouTube alone (made up of the full album video and two music videos). The band consists of four members: main singer and songwriter Wilbur Soot, guitarist and songwriter Joe Goldsmith, lead bassist Ash Kabosu and drummer Mark Boardman.

Pebble Brain was released Oct. 13 on all platforms and as of now has a collective five  million views on YouTube alone.

But that doesn’t explain what it really sounds like, now does it? Is it worth the time? Are some songs better than others? Should you add them to your playlists? Well, first, the track list: Oh Yeah, You Gonna Cry?, Model Buses, Concrete, Perfume, You’ll Understand When You’re Older, The Fall, and It’s All Futile! It’s All Pointless!

To start is Oh Yeah, You Gonna Cry? a surprisingly pop song for this band. With their past songs being angrier with a few of these jovial upbeat aspects, this introduction to the new album gets listeners excited for what’s to come.

And for good reasons, too.

This one is that type of different the band surprises us with and it never fails to get toes tapping and heads bopping, even if you’re listening to it for the 100th time. While it is one of the few explicit songs on the album, it’s very easy to learn the lyrics and incorporates lots of hard instrumentals and vocals. It’s energy in the form of a song.

Next on the list is Model Buses, one of my favorites. Harboring a more indie vibe, it’s incredibly catchy – the heavier guitar, the layered vocals, the instrumental break that’s just gorgeous, there’s nothing not to love. While the previous song was one to head-bop and bounce to, here Lovejoy gives us a song to sway to, listen to with a relaxed smile. It has some lyrics that can be shouted in a crowd of fans and some that can be told like poetry; it has everything.

Model Buses is one of two songs from this EP with a music video, which encompasses its energy very well. It’s a perfectly regular song with a perfectly regular music video of the band doing nothing more than existing in town and that makes it incredible. Soot has explained on a livestream Model Buses is poking fun at Boris Johnson, the prime minister of the United Kingdom.

Third on the EP is Concrete, a more pop-punk song after the mellow tones of the previous. Using group vocals and intense loud guitar and drums, I have thought and heard from fellow Lovejoy fans alike – this song just makes you excited for live concerts. The hyped-up energy, the fun in the song, the guitar break, the way the lyrics repeat in a way that you get them down in only a few listens: there’s no way to describe it other than simply good.

This is the second from this EP with a music video and it’s absolutely perfect for the energy here. With grainy video, the main singer getting kicked out of a restaurant, shaking camerawork and an all too in-your-face font for the lyrics, it describes the three minutes of Concrete with ease.

Following this comes Perfume, an indie breakup song full of guitar-heavy crescendos and clever lyrics. A bit longer than the others, this track sits at a bit under four minutes and has a wonderful instrumental solo towards the end – fading out with an unexpectedly soft send-off that leads perfectly to the next.

This song was originally going to be pulled from the EP, but because of popular online influencer and close friend of the head singer, Tom Simons, it was left in. In my opinion, this song is a bit ‘whiny,’ but I can very easily see the appeal of the punk-esc beats and easy to memorize lyrics.

Fifth on the album is the longest sitting at four minutes. You’ll Understand When Your Older is a calmer instrumental-filled song that has fewer lyrics than backtrack, one that is done excellently. Catchy, repetitive (though much unlike the others), following an intricate story and leaving you bouncing in your chair or dancing on your toes, it’s very easy to enjoy.

This song has an ending I can only describe as “crashing” after a long build up of guitar and soft vocals, introducing this ending in a crescendo of chaotic trumpets and drums. The story presented here is fairly dark and the writing scheme is lyrically a bit unusual, but honestly? It’d be a lot less interesting without.

Next is The Fall – my absolute favorite. Describing this song is truly a challenge, it could be punk, it could be indie, it could be a hymn in a way, putting a word to it is nearly impossible. Full of deeper, raspier vocals that are right in the foreground, with a call and response, with audio that literally wraps around your head and touches the soul, it’s fantastic.

While this song is one of the explicit ones on the EP and is a bit angrier than the others, it’s a meaningful piece about human nature and the inevitable fall of society, something incredibly different for this band. In three minutes, Lovejoy manages to create a song that is full of instrumental highlights and vocal focus alike, changes of entire genres, and a beginning, middle and end that are equally well made.

Last on the list is It’s All Futile! It’s All Pointless! a bouncy-yet-pessimistic song about the main singer’s college experience. Originally made by Soot in 2019 in his EP Maybe I was Boring, the new band decided to remake it and add to it with additional instrumentals and updated lyrics. It’s approximately three minutes and one of the explicit songs, but it has a very satisfying chorus build and easy to latch onto melody-line.

It’s my least favorite simply because it feels pessimistic and slightly immature lyrically, but I will openly admit to liking the chorus. It finishes out the album nicely, much like it originally did in Maybe I Was Boring and while it’s not my cup of tea, it’s easy to see why it’s others.

And seven songs later, from pop, to indie, to punk, to strangely gospel and back again – Pebble Brain is over. Truly an experience too, always leaving you wanting to hit replay once more, no matter how many times you’ve already heard the songs.

Even with the EP over, my review isn’t. Lastly, I leave you, readers, with my ranking of the songs: