Joseph Trujillo-Bini has worked as a personal trainer in the past and is bringing his expertise to the Spartans football program. 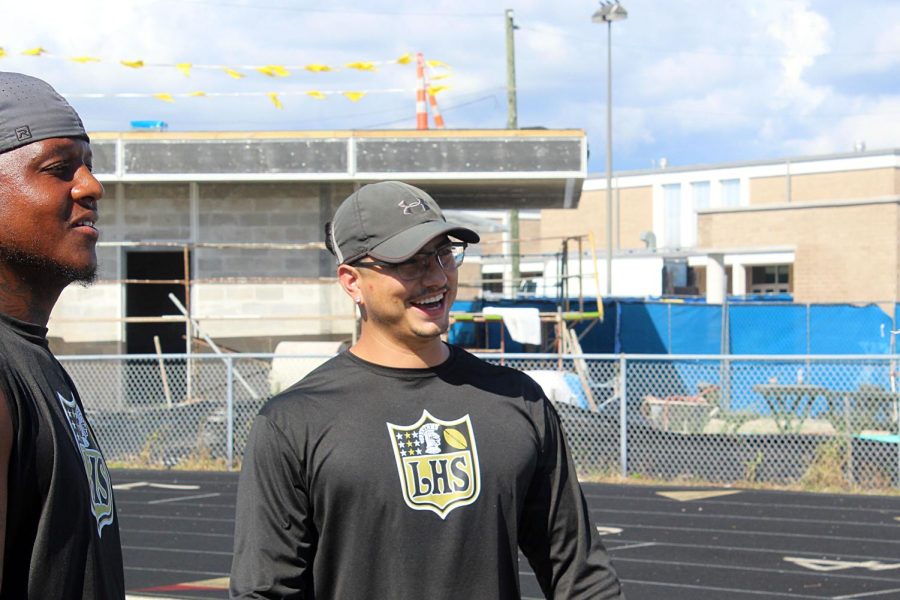 Coach Joesph Trujillo-Bini laughs during a practice in September as the players and coaches exchanging jokes.

The Lakewood High School football team now has a new face on the field: Joseph Trujillo-Bini, the new strength and conditioning coach.

Bini said he came to Lakewood this year to teach biology and to coach football. His prior career was sports performance and personal training and during the off season he will continue as a personal trainer.

“After talking to football coach Cory Moore, the fit was there for me to take over and put more emphasis on the strength and conditioning program,” Bini said.

Bini has a sports and exercise degree, and he said he understands the biomechanics of how the human body works.

“During the summer, he was helping us get bigger, stronger and faster and keeping us conditioned for the season so far,” junior Montravius Lloyd said. “He wants to get everybody better for their future.”

Bini has industry certifications from a company called EXOS, which is the industry leader for sports performance. EXOS trains most of the NFL, MLB and NBA clients. They also have the highest number of trainees for the NFL Scouting Combine every year.

Bini is making an impact on the football team by helping the players take care of their bodies and learn how to eat right, lift weights and practice better.