The announcement came at the program’s end-of-year awards ceremony, this year held in the media center. 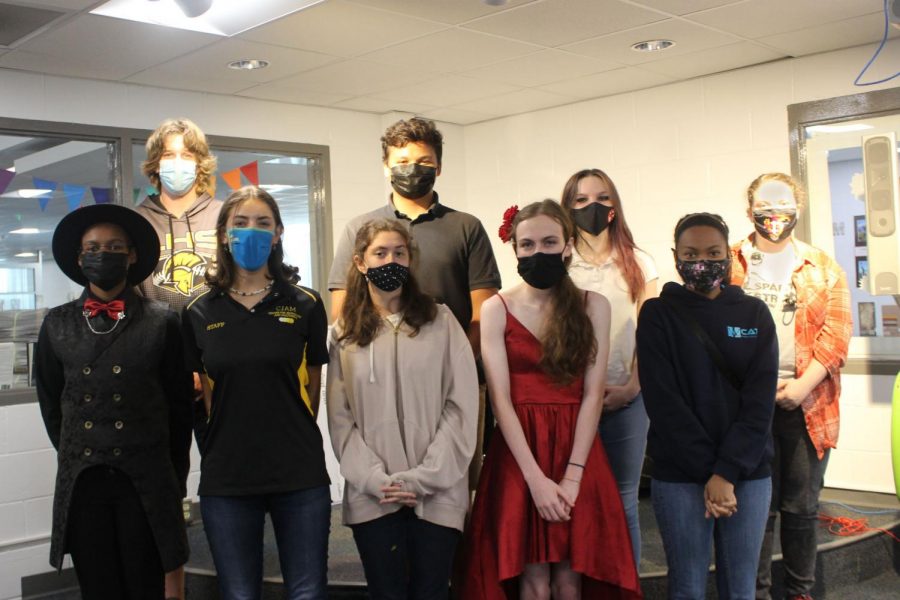 Students cheered and laughed together as they enjoyed the annual Center for Journalism and Multimedia ceremony held on May 13 in the media center of Lakewood High School.

Every year, CJAM holds a ceremony to honor the students and what they have accomplished in the school year. Usually the awards ceremony would be a banquet at the University of South Florida, but with COVID-19, that was out of the question.

Nonetheless, journalism teachers Jade Shiver and Kathleen Tobin were able to put something together. The ceremony included Quill &Scroll inductions and the announcements of scholarship winners and the new editors for next year.  About 25 students were invited to the ceremony in person, and other guests joined in virtually through Teams.

There were two different types of awards given out at the ceremony: teacher-created awards and awards from the Florida Scholastic Press Association. About 40 teacher awards were given at the ceremony and about 10 FSPA awards were given. There were two plaques handed out specially to students junior Jay Sanders, editor-in-chief of Alpha-Omega, and senior Rohey Barrow, editor-in-chief of SNN.