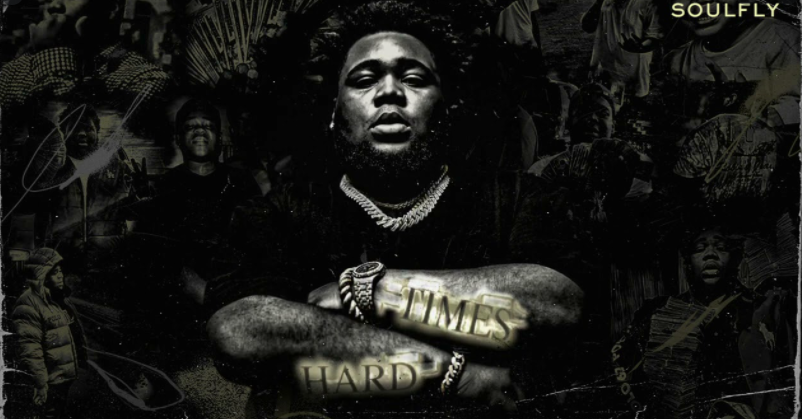 When the album Soulfly by Rod Wave surfaced in the music industry in March, it had astronomical effects. People all around the nation started memorizing songs, blasting it on the radio and singing in the hallways. And, as a student at Lakewood High School, I can say that our school swelled with pride as our alumnus Rod Wave dropped an album that soared over all else. This is the top-charting album and one of my favorites, Soulfly.

Rodarius Green was born on Aug. 27, 1999, in St. Petersburg. He attended Lakewood High School and dropped his first album in 2019 called Ghetto Gospel, and went viral with his single Heart on Ice.

He then made a second album, Pray4Love, and this album surfaced to No. 2 on Billboard 200. His song Rags2Riches was the biggest hit and hit No. 12 on the billboard. This song solidified his career as a rapper.

His latest album, Soulfly, was his first top-charting album and it went viral in a mere week. This album took the world by storm, and it could be heard on nearly every St. Petersburg street.

The album is a tapestry of amazing art and designs, taking you on twists and turns throughout your listening experience. It takes you through the highs and lows, the hills and valleys. It shows you how a young man coming from little gained as much as he did. It puts you in your feelings, slows you down and makes you think. Green paints a picture that leaves you turning after you’re finished. The first time I heard the intro to Tombstone, I knew this album would be special.

However, the album itself is missing something – variety. Although the picture painted is beautiful, it is all in one color. The whole song puts you in your feelings. His first two albums are like this, too, and this album did not disappoint, but some variety is nice. For example, if his next album had some hype-up type songs, then it would be perfect.

Soulfly is an album about the general curveballs life frequently throw at you, and the celebrations when you dodge them. For example, in the song Tombstone, Green talks about how he takes care of his family and how he is thinking about his life in retrospect.

“Since they love saying my name, be sure you write the truest in the game on my tombstone when they bury me,” was the main line in the song.

However, there are songs like Richer, the only song with a feature coming from rapper Polo G, that are more encouraging. In this song, he talks about how he is embracing the life of a rapper whose hit it big.

Then, there is everything in between, mostly relationships and family. The album includes 18 songs including his hit songs Tombstone, Richer ft. Polo G, and Street Runner. There are also hidden diamonds in the rough like How the Game Go and Invisible Scar. His label that supported this was Interscope Records.

I would rate this album a four out of five. This album was a stunning release that left the whole world hungry for more. Although there was little variety, the album as a whole was spectacular. It can be listened to over and over again without getting old. It was a success and hopefully, the world can recognize when it receives a gem.

If you want to listen to his song you can find it here on youtube: https://www.google.com/url?sa=i&url=https%3A%2F%2Fwww.youtube.com%2Fwatch%3Fv%3DbPr3x1VvdYk&psig=AOvVaw3Qrw0AM2gyBeqG4aHwZIJy&ust=1619718017720000&source=images&cd=vfe&ved=0CAIQjRxqFwoTCOil_vq9ofACFQAAAAAdAAAAABAD